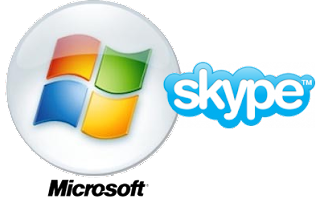 There was a big blasting news by The Wall Street Journal on Monday. The report published said that Microsoft Corporation is approaching to buy the most popular telephonic company over internet i.e. Skype. According to the published report it would be the biggest deal in the 36 years history of software maker’s. If the deal gets final the deal is valued at $8.5 billion, including assumed debt. This $8.5 billion would be Microsoft’s biggest previous acquisition, earlier they had a $6 billion purchase of online ad service aQuantive in 2007.

Buying Skype will potentially increase the communication tool for Microsoft over internet, Microsoft always tries to make a splash over internet and this could be a great splash.

“Skype is a software application that allows users to make voice calls and chats over the Internet. Calls to other users within the Skype service are free, while calls to both traditional landline telephones and mobile phones can be made for a fee using a debit-based user account system. Skype has also become popular for its additional features which include instant messaging, file transfer, and video conferencing. Skype has 663 million registered users as of 2010. The network is operated by Skype Limited, which has its headquarters in Luxembourg and is minority owned by eBay. Most of the development team and 44% of the overall employees of Skype are situated in Tallinn, Estonia.”

Speakers from Microsoft and Skype declined to comment on this report on Monday. A statement from either of the company’s speaker was awaited till Tuesday morning, but a statement is still to come.

5 thoughts on “Microsoft To Buy Skype in $8.5 billion”