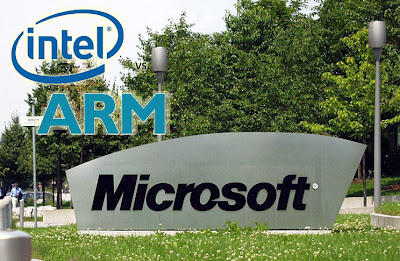 On 17th May, 2011 Renee James revealed some details about the upcoming version of windows i.e. Windows 8 she said – ARM version won’t run legacy Windows apps (which were designed only to run on Intel’s x86 family of processors). She also said that Microsoft would release four versions of Windows for ARM processors, none of which would run apps for the other versions.

“There will be four Windows 8 SoCs for ARM. Each one will run for that specific ARM environment, and they will run new applications or cloud-based applications….They are neither forward- nor backward-compatible between their own architecture – different generations of a single vendor – nor are they compatible across different vendors. Each one is a unique stack.”

Microsoft was absolutely not pleased by the statement of Renee. Windows President Steven Sinofsky who really don’t like leaks was really annoyed… few day back 2 Microsoft employees were fired for leaking early details of Windows 8.
Microsoft can’t exactly fire Intel as a partner. So instead, it offered the following statement

“Intel’s statements during Intel Investor Meeting about Microsoft’s plans for the next version of Windows were factually inaccurate and unfortunately misleading.  From the first demonstrations of Windows on SoC, we have been clear about our goals and have emphasized that we are at the technology demonstration stage.  As such, we have no further details or information at this time.”

“No further details or information” means that Microsoft won’t say exactly which parts of James’s statements were inaccurate. The part about legacy apps? The part about four versions of Windows for ARM? Both?
Expecting Microsoft to explain itself more fully at its September conference for developers. 😉